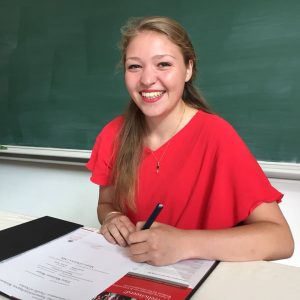 Well-functioning vascular access is the fundament of carrying out efficient hemodialysis in CKD patients. Since it’s still the major cause of morbidity and high costs in those patients, there’s a need for improved techniques to provide vascular access during treatment. In this project, we aim to create a blood-vessel like structure using elektrospun scaffolds seeded with endothelial cells and supporting mural cells. Our focus is the use of vascular organoids, 3D structures which self-assemble into a vascular network composed of endothelial cells and supporting mural cells,  as primary source of these cells. We use patient derived induced pluripotent stem cells (iPSCs) to generate the vascular organoids. The vascular organoids  will be seeded on a 3D electrospun scaffold, to form a blood vessel-like graft, composed of endothelium and supporting cells. These seeded scaffolds will then be tested on mechanical forces as they would be in the human body, including shear stress and wall stretch. With this method, we hope to achieve a matured vessel-like structure which can be used for further research in the regeneration of blood vessels and may eventually lead to a new way to provide vascular acces.