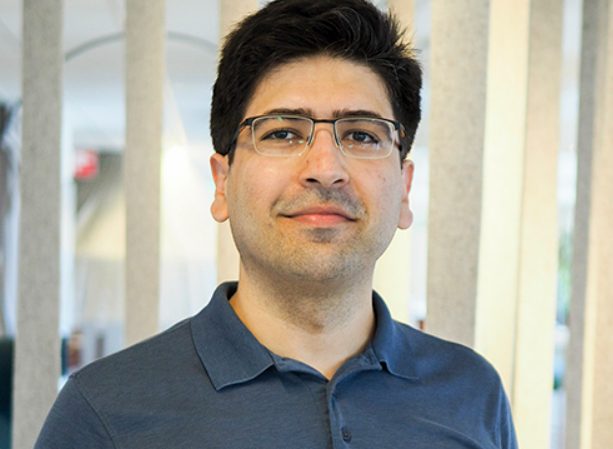 Who are you, what is your background and how did you get involved in MDR?

My background is in mechanical engineering and computational biophysics. In my Ph.D. at the University of Groningen, I developed computational molecular dynamics models to study underlying molecular mechanisms in ALS disease. Following my interest in developing mechanistic models of biological processes, but this time at a different scale, I joined MERLN as a post-doc in June 2022.

Tell us a little bit more about the research you are planning to do within MDR.

Who is your biggest example in science and why?

Last year Science Magazine released their ‘breakthrough of the year’ award – for the development of powerful tools that use artificial intelligence (AI) to predict the structures of proteins. DeepMind, a subsidiary of Google that works on applying AI to scientific problems, was the driving force behind this breakthrough by releasing their tool ‘AlphaFold’ to the public last year.

So why is this so important? The structure of a protein determines how it interacts with other proteins or components in our cells. Computational researchers that work on proteins have been working on the problem of predicting a protein’s structure from its biological sequence for decades now. Although those tools incrementally became more accurate, AlphaFold has accuracy and performance that blew the entire competition out of the water.

What are the implications? For starters, the accuracy of AlphaFold means that researchers that work on determining structures of proteins have an incredible new tool at their disposal. The performance of the tool is so great, that DeepMind teamed up with EMBL to set up a database with (predicted) protein structures of entire proteomes (= the complete set of proteins that an organism has) for over 20 species so far.

Of course, as with any AI-based project, it would not be possible for such a tool to be released, and such a breakthrough to be achieved, without a great data set to train the models on. The RCSB Protein Data Bank is the pillar upon which this breakthrough really stands: researchers have been submitting the protein structures to this central place for 50 years now, and just like many other people working with protein structures, I am amazed by what these community efforts have led to.

What do you do in your free time and how can we recognize the typical Hamid?

In my free time I’d like to do fun things with my friends (usually involves eating!), watch series/documentaries, travel and going to concert.