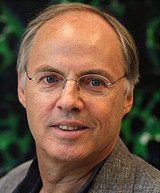 One of the 75 most cited scientists in the world, Hans Clevers, is leaving the Netherlands. On Tuesday it was announced that Clevers (64) has been appointed head of the research department of the Swiss pharmaceutical giant Roche. This appointment means that Clevers will largely leave the university world to work full-time in the corporate world. In the background, however, he remains associated with his current employers: the Princess Máxima Center for Pediatric Oncology, the Hubrecht Institute and Utrecht University, where he is a professor.

And the official press release here.