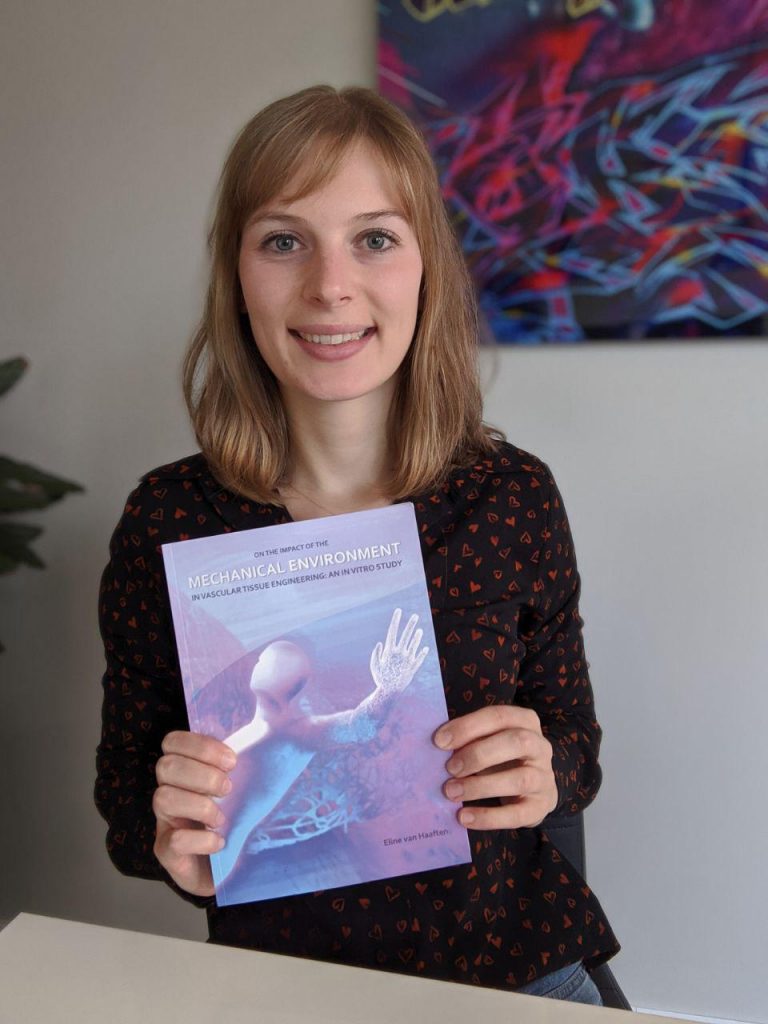 Eline van Haaften started as a PhD candidate in October 2015 at the Eindhoven University of Technology in the Soft Tissue Engineering and Mechanobiology group. In her PhD research, she worked at the interface between science and technology focusing on the influence of the mechanical environment during in situ vascular tissue engineering. With this approach, a cell-free, bioresorbable carrier material –or scaffold– is implanted as a temporary road map to initiate tissue regeneration at the locus of implantation, for example, to function as a blood vessel. She investigated the response of vascular and immune cells to various mechanical cues arising from the cyclic blood flow during the different phases of in situ vascular tissue engineering. By decoupling the complex mechanical environment of these in situ developing vascular tissues via a systematic in vitro approach, the distinct roles of the scaffold microarchitecture, as well as blood flow-induced loads, were identified. This knowledge is highly instrumental for the rational design of scaffolds for in situ vascular tissue engineering that hold great promise to address the clinical need for vascular substitutes.

More information can be found here.